by Allan Balmaceda 4 days ago4 days ago
18views
0
ShareTweet

“Our financial performance was led by strong consumer spending across all categories and formats of our retail business and the return of crowds in malls. Despite rising inflation, we are encouraged to see shoppers’ robust spending in the first half. This is a bright spot in the Philippines and in the region amid global headwinds,” said Frederic C. DyBuncio, SM Investments Corporation President and Chief Executive Officer.

In terms of net earnings, banks accounted for 48%, followed by property at 26%, retail at 20% and portfolio investments at 6%.

Consumers are back to safe shopping in SM stores which drove up retail growth. Further supporting this growth are SM Retail’s efficient operations and strategic expansion.

Retail net income was higher by 91% to PHP7.0 billion from PHP3.6 billion in the previous period, benefitting from cost reductions and efficiencies across all formats.

“This consumer-driven momentum brings more optimism moving forward as we keep innovating on our retail offerings to ensure an excellent shopping experience for the Filipino consumer,” Mr. DyBuncio said.

SM Prime’s residential business, led by SM Development Corp. (SMDC), reported PHP18.2 billion revenues, 25% lower than PHP24.5 billion in the same period last year. The decrease in revenues was partly due to canceled sales as an effect of the expiration of the Bayanihan Act, which gave a reprieve to unit buyers during the height of the pandemic, affecting the entire industry.

BDO Unibank, Inc. delivered PHP23.9 billion in net income in the first six months, up 12% on strong results across its core businesses.

Asset quality sustained its improvement as NPL ratio went down further to 2.39% from 3.12% a year-ago. NPL coverage was higher at 138%.

Net interest income rose 16% to PHP22.0 billion on the back of stronger top line revenues and steady movement in interest expense.

Loans expanded 14% to PHP655 billion on the back of significant growths in both business and consumer loans. Total deposits likewise increased 14% to PHP945 billion as the bank sustained a 14% year-on-year build-up in current and savings accounts.

SM Investments’ portfolio companies in the different industries delivered growth in the first half of the year as these benefited from the reopening of the economy.

In February, SM Investments listed PHP15 billion fixed-rate bonds at the Philippine Dealing and Exchange Corp. (PDEx). Investors snapped up the bonds, a strong testament to investor confidence in SM’s credit standing. The retail bond offering, which was 3.7 times over-subscribed to as much as PHP55 billion, is the company’s biggest issue since 2016. 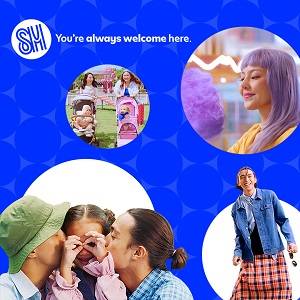 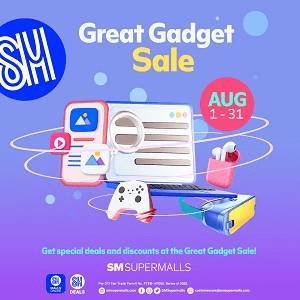