by Allan Balmaceda 1 week ago1 week ago
8views
0
ShareTweet

The company received 17 distinctions from Golden Bridge, including the Grand Globee Award which is bestowed to companies with the most number of wins for the year. Meanwhile, Jean Henri Lhuillier received four awards— including the Lifetime Achievement Award, Maverick of the Year, Entrepreneur of the Year, and Executive Achievement of the Year. All four titles are indicative of the high caliber leadership exemplified by Cebuana Lhuillier’s chief executive.

Additionally, Cebuana Lhuillier was awarded with four Quill awards this year in recognition of its various communications campaigns, covering various channels such as internal communications, digital, and public relations.

“These wins are proof of our continuous efforts to strive for excellence not only as the leading player in the micro financial services industry; but inherently, in all that we do as one organization. Guided by our corporate values, our commitment to excellence has allowed us to always push the boundaries on what we can accomplish—not only on the products and services we offer, but also on how we communicate and engage the public,” Lhuillier said.

Michael Sena, Cebuana Lhuillier’s Integrated Marketing and Communications Group Head, puts emphasis on the important role that communications play in engaging, empowering, and inspiring people. “As an organization, we believe in the power of strategic and impactful communications in order to reach our desired audience and inspire them into action. We aim to tell the stories of the people we serve, and use this as a driving force to fulfill Cebuana Lhuillier’s commitment of pushing for financial inclusion.”

Jean Henri Lhuillier was also recently named as “Master Innovator” during the recently-concluded 2nd Mansmith Innovation Awards where he and the company were cited for the various tech-oriented breakthroughs of the company’s micro insurance products. 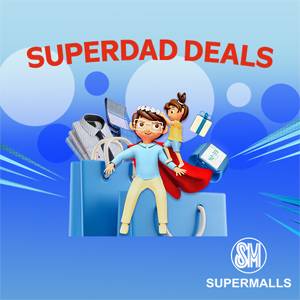