The past two years have seen the Philippines’ rapid progress in digitalization due to the pandemic, and today, few can function without the power of the internet. This sudden jump in the digital revolution has created tremendous opportunities for many, but also created inequalities – to quote the President’s State of the Nation Address in June. The same speech cites universal connectivity is key to ‘ensuring no citizen is left behind’, and on this issue,  the issue of accessibility is front and center.

The Broadband Commission for Sustainable Development defines ‘meaningful universal connectivity’ as a context where anyone, anywhere, regardless of geographic location, socio-economic status, race, gender, or any other differentiating demographic, has access to affordable services and devices to connect to reliable and safe internet.

This concept ties in meaningfully with the mantra of Converge CEO and Co-Founder Dennis Anthony Uy that connectivity is “no longer a privilege of a few, but a right of everyone’. This is not just a mantra, but a vision that has guided the development of the pure fiber network of Converge these past few years.

If connectivity is indeed a right of everyone, regardless of class and socioeconomic status, then how is Converge making sure this right is exercised? By bringing the fiber technology closer to them.

Since 2019, even before the pandemic, Converge has embarked on a “Go National” strategy which saw its fiber network extend beyond its home base of Central Luzon, to reach Visayas and Mindanao.

The total fiber assets of Converge has now reached over 560,000 kilometers, and it is servicing more and more cities in the two regions – with many of these being new markets, meaning areas which other telcos have not yet offered service.

“We’ve never had fiber broadband in our area until Converge came. No other ISP had installed lines in our purok because it was too remote. Converge is the first ISP to venture this far into our area,” said Jessica Narit who lives in Bohol.

For Dennis Anthony Uy, this capital intensive project is the only way that digitalization can reach those at the fringes.

“The basic requirement to digitalize the Philippines is the digital highway – the national fiber backbone of Converge. Investing in our own infrastructure is the only way we can reach the unserved and underserved communities, which is what we’re doing today,” said Dennis Anthony Uy.

So firm is this commitment of Converge to connect the unserved and underserved that it has formally entered into a project in 2022 with the government to extend connectivity to missionary areas, in exchange for fiscal incentives.

With the infrastructure now ready to serve the marginalized, what about affordability?

Converge was the first to offer the market no data cap fiberplans in 2019 at 25 Mbps. Since then, Converge has been implementing free speed upgrades yearly since 2019, and its base plan of FiberX1500 is now at 100 Mbps,coming previously from 50, 35, and 25 Mbps.

In other product sectors, it is continuously innovating to give its customers value for money: its award-winning Time of Day product enables residential consumers, small and medium enterprises (SMEs), and large-scale enterprises to get higher internet speed options when they need it most. Subscribers get to boost their speeds and double their subscribed bandwidth from 7:00 a.m. – 6:59 p.m. for the Day Plan, and 7:00 p.m. – 6:59 a.m. for the Night Plan.

Making broadband affordable for everyone, and universal connectivity in general, will require partnerships and collaboration. Private sector players like Converge will need the helping hand of government to make digital infrastructure investments in underserved areas more financially viable. Infrastructure sharing as an incentive to bring down network deployment and operational costs should be considered, given its effect of enabling faster broadband network deployment – not to mention increasing affordability.  An enabling ecosystem of government support, a competitive and level playing field, encouragement of infrastructure sharing, and regulatory fairness will be key in making a difference in bringing down the cost of connectivity in the Philippines. In many ways, Converge is already headed in that direction, and is doing its fair share. 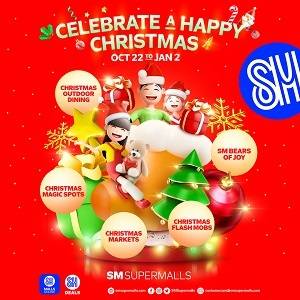