by Allan Balmaceda 2 years ago2 years ago
16views
0
ShareTweet

Every year, it seems, there’s a new diet trend. Some of these fads come and go, while others – like the low-carb diet first made popular decades ago – seem to have staying power. With so many diet trends both past and present, it’s no wonder that a recent survey found that a whopping 43 percent of Americans are currently following a specific plan, with intermittent fasting emerging as the top diet trend of 2020.

Clean eating, ketogenic (keto) and high-fat diets, low-carb diets, carb-cycling, and the gluten-free diet were also popular among the respondents. Many consumers report that they are simply on a weight loss plan and adopting elements of a low-carb diet since they still identify sugar and carbs in general as the main reason for their inability to lose weight.

Why Do People Turn to Diets?

People often ask me, “Is dieting good, or bad?” It’s such a general question that I often don’t quite know how to answer – partly because we toss around the words “diet” and “dieting” so much that they’ve almost lost their meaning.

In truth, we’re all on a diet every day. We each have our own dietary habits and patterns that make up our usual “diet.”  Sometimes we make changes to that diet – often to cut down on calories – in which case you might say you’re “dieting” or “on a diet” (that is, until a few weeks later… when you’re “off your diet”).

There are certainly good diets and bad diets – we all know people who choose foods carefully and eat well, just as we know others who seem to eat nothing but fast foods and soda.  And, if you need to lose weight, then “dieting” – in the most general sense – is probably a good thing as long as your plan is one you can stick with, is well-balanced, and leads to a healthy rate of weight loss.

On the other hand, trends – whether they’re in food or fashion – usually have a very short life span.  If the latest diet fad leaves out major food groups, if it’s so strict that you can’t stick with it, or if it’s so low in calories that you have no energy or you lose weight too quickly, it’s unlikely to provide long-term, healthy weight management.

Here’s my take on this year’s most popular diet trends:

Many diets focus on what to eat, but intermittent fasting is all about when you eat. Intermittent fasting has several variations, but the most popular form is one in which all your food for the day is consumed within an 8-hour window while you fast for the remaining 16 hours.

Your body relies primarily on glucose for energy – which is derived primarily from the carbohydrates that you eat and is available from circulating glucose in the bloodstream as well as stores in your liver and muscles. When available glucose supplies decline – such as after many hours without food – your body undergoes metabolic switching and starts burning fat.

While this may be a natural way to cut back on calories – since for most people it means eliminating at least one meal – it can impact nutrient intake if careful choices aren’t made. Don’t assume that since you’re fasting part of the time, that you can eat whatever you want (in whatever amount) when you finally eat. It’s a common mistake, and it won’t help you get the results you’re after.

Instead, focus on nutrition and be mindful of the quality of your calories. You need to pack in all the nutrients your body needs, but you have fewer calories with which to do that, so every bite really counts. You can’t afford to spend calories on unnecessary sugars or fat – instead, you’ll want to focus on lean proteins, vegetables, fruits, whole grains, and beans with small amounts of healthy fats,  By choosing these nutrient-dense foods, you’ll ensure that you’re getting significant nutrients per calorie.

Rapid weight loss, increased energy, and muscle building are the claims of the ketogenic diet (also known as the keto diet). This high-fat and very low-carbohydrate diet encourages you to eat meat, fish, poultry, and fats, while restricting fruits, vegetables, dairy, grains, beans, and legumes.

The primary problem with the ketogenic diet is that it is very unbalanced, with a recommended intake of up to 70 percent of calories from fat, and carbs are limited to as low as 5 percent of calories. Without adequate carbs, the body runs on ketones for fuel (a condition known as ketosis). Ketones are byproducts of the body breaking down fat for energy, but in order for your body to stay in ketosis, a strict low-carb plan has to be followed. If you break with the plan and consume more carbohydrates, weight loss will slow down and you’ll need to start the process all over again.

Also, ketones don’t feed your brain adequately and headache and brain fog are just some of the symptoms of the “keto flu” that many experience as their bodies adapt.  Other common side effects are constipation due to lack of fiber, and bad breath which is a result of the body attempting to eliminate excess ketones via the breath. Due to the limited nature of the diet, the keto plan lacks calcium, vitamins, minerals, and phytonutrients.

Cutting back on sugars and highly refined carbohydrates is one thing – that’s essentially a “controlled carbohydrate” diet, which is probably a good idea for most Americans who tend to eat way too many processed carbs.  But if you cut carbohydrates so much that you eliminate nutrient-rich fruits, vegetables, dairy products, whole grains, beans, and legumes, it means you’ll be getting less fiber and fewer vitamins, minerals, and phytonutrients.

Often referred to as the “caveman diet,” the paleo diet includes foods believed to closely match those eaten by our hunter-gatherer ancestors, and which many believe is more aligned with our genetic makeup.  This eating pattern is high in protein (meats and eggs), vegetables, nuts, and seeds. Restricted foods include grains, legumes, potatoes, and dairy.

As a result, this diet may be inadequate in carbohydrates and fiber, and also lack calcium. On the positive side, however, the diet advises limiting refined sugars and heavily processed foods. Though paleo isn’t specifically a diet for shedding pounds, weight loss does often occur.

As with the low-carbohydrate diet, no one would argue against reducing your intake of these processed carbs. Since the paleo plan is less restrictive than a keto diet, you can meet your carbohydrate needs from the allowed carbohydrates, but it can be more challenging since your choices are limited.

Do remember that carbs are your body’s preferred source of fuel (particularly for your brain and muscles), which is why athletes need adequate carbs in order to perform at their best, and people who are highly active may find it more difficult to meet their needs on a paleo plan.

Carb cycling is sort of a hybrid of a low-carbohydrate diet and intermittent fasting. The idea is that you adjust your carbohydrate intake to your needs for a particular period of time – which can be as often as every day – so that you essentially take in more carbs when needs are high, and cut back when you need less.  So, in essence, there are days when you “feast” on carbohydrates, and those when you “fast.”

In truth, athletes have done a form of carb-cycling for decades – in the form of carbohydrate loading (or what’s technically known as “muscle glycogen supercompensation”).  During endurance events, it’s not uncommon for athletes to “hit the wall” as their body’s carbohydrate stores run low. Carbohydrate loading is designed to “overload” the muscles with stored fuel, allowing athletes to maintain their pace and exercise longer. As an event approaches, athletes will typically taper their activity while also bumping up their carb intake to super-saturate their muscles with fuel. And even for those who don’t practice endurance sports, athletes who follow a carb-cycling plan will often eat more carbs on the days that they work out, and less on rest days.

For non-athletes, however, the plan has a more straightforward goal: to help with weight loss.  The belief is that low-carbohydrate days will promote more fat loss, but, as noted with the keto plan, this only works when you adhere strictly to a low-carbohydrate diet – not when you cycle on and off. If carb-cycling promotes weight loss, it’s more likely because it simply restricts total calorie intake on lower carbohydrate days. But without any clinical studies on carb cycling and weight loss, it’s hard to know if it’s any more effective than simply restricting calories.

Some people may find that it’s easier to stick to a lower carbohydrate plan for only a few days a week rather than adopting a full-time keto diet, and this might help with adherence. But keeping in mind the importance of the right carbohydrates in the diet, it would be wise to proceed with caution to avoid cutting carbs too far, or too often.

Gluten-free is a must for those who have celiac disease or those who have gluten sensitivity. Restricted foods are those made with wheat, rye, and barley which may include other non-starchy foods such as beer, processed meats, and condiments.

Years ago, a gluten-free diet started to become popular as a weight-loss strategy since it naturally eliminated wheat-containing foods from the diet – like bread, crackers, pasta, and cereals. Without those foods, those following the diet consumed mostly protein, fruits, vegetables, dairy products, and a few gluten-free grains.  With limited choices, weight loss was often a side effect of a gluten-free plan.

But food manufacturers saw a trend in the making and figured out how to remove the gluten (and keep the calories!) in foods like breads and baked goods, pastas, and cereals – mostly by replacing wheat with other gluten-free starches.  And so, those who paid attention only to gluten-free label claims started racking up a lot of calories and found that their weight loss efforts were stifled.

For those without celiac disease or gluten sensitivity, the diet is still well-balanced since most foods – with the exception of those containing gluten – are allowed. But if it’s weight loss you’re after, there is no guarantee unless you also count calories.

Nutrition is complex and personal, and people respond differently to different diets. But what’s important is to make balanced, healthy nutrition a sustainable habit. In order to strive for that balance, try to incorporate nutrient-dense foods – those that provide an abundance of nutrients such as proteins, carbohydrates, fats, vitamins, and minerals — relative to their calorie cost.

Good examples of nutrient-dense foods are lean proteins, vegetables, fruits, whole grains, beans, and a modest amount of healthy fat. It is also important to note that some essential nutrients, such as protein, do not come only from meat. Plant-based protein sources such as beans, peas, and lentils, and whole grains are a great, healthy way to ensure you get the protein you need along with other benefits.

More From: Health and Wellness 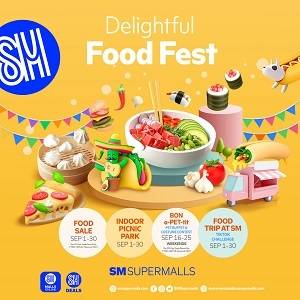 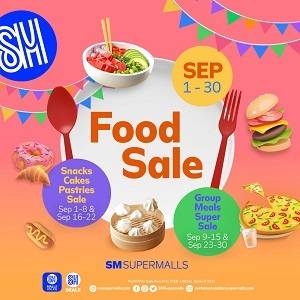 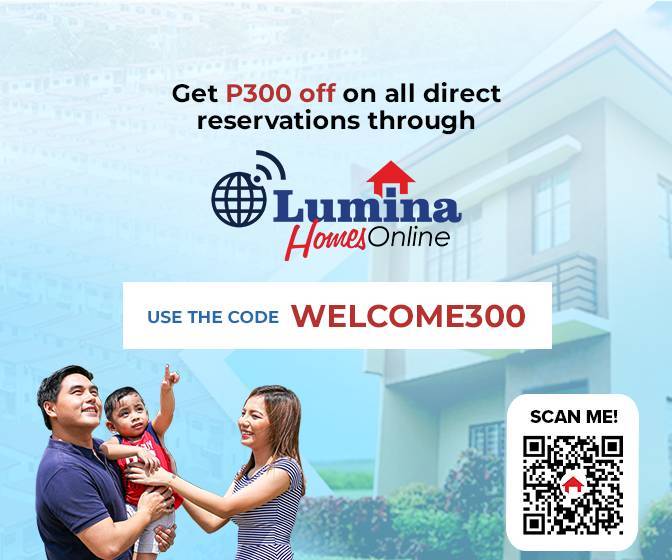